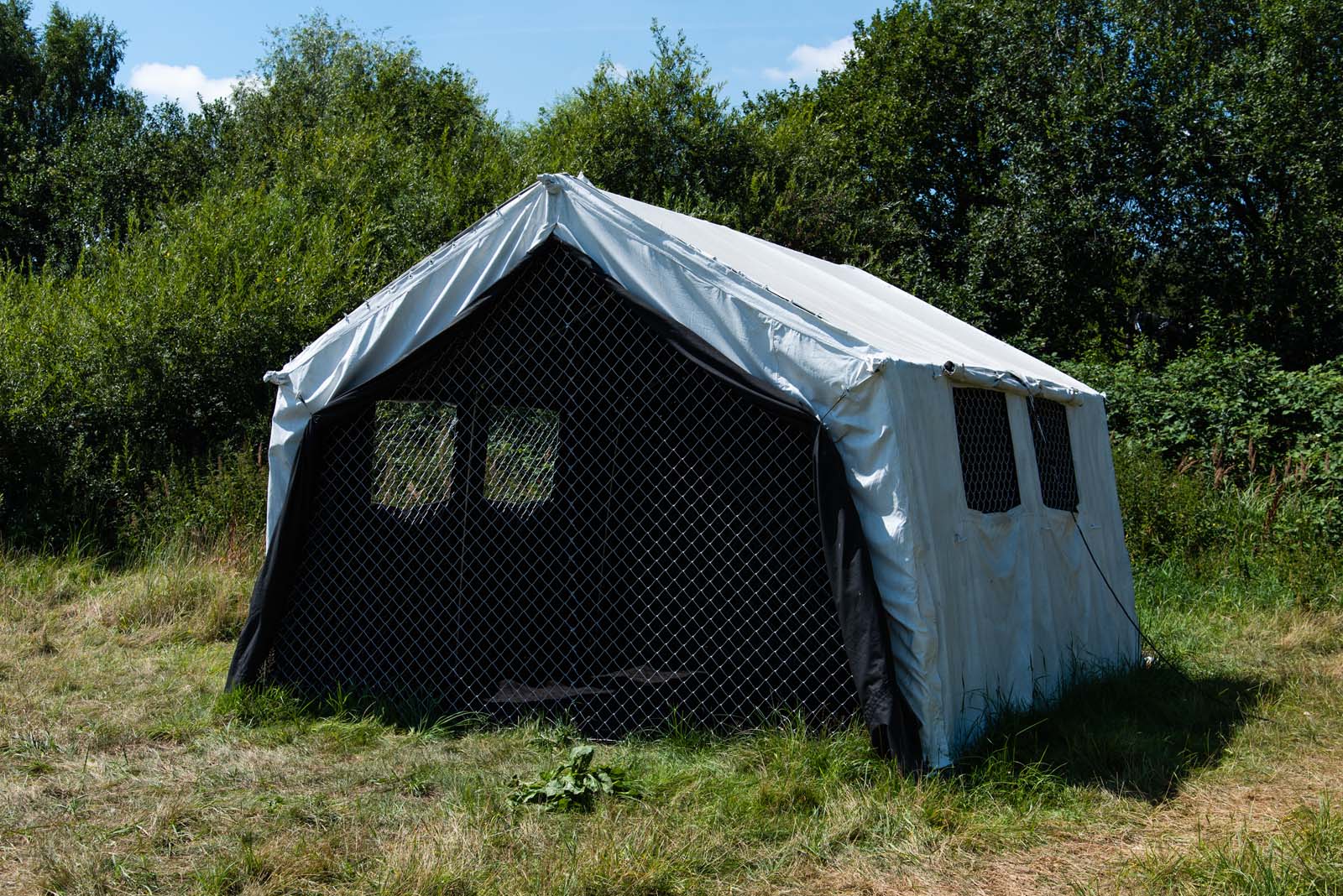 It’s a lot more than art that you would hang on the wall, silently look at or buy. No, they have something to say about the big picture: human rights, capitalism, it’s about the world. To do so, the Iranian brothers ICY AND SOT cross the borders of countries, art genres and habits. Their works of art are interventions that take the form of stencils, installations or films – they’ll make themselves heard on the MS ARTVILLE in a colorful and vociferous way.

The escape doesn’t just end with a piece of land or paper. Driven by hope, forced by danger or torn apart by conflicts, fugitives seek shelter and a ray of hope – but still all they see are camps, barbed wire and the reality of refugee camps. With their installation REFUGEE CAMP, ICY AND SOT want to prevent that eyes are closed to that reality.