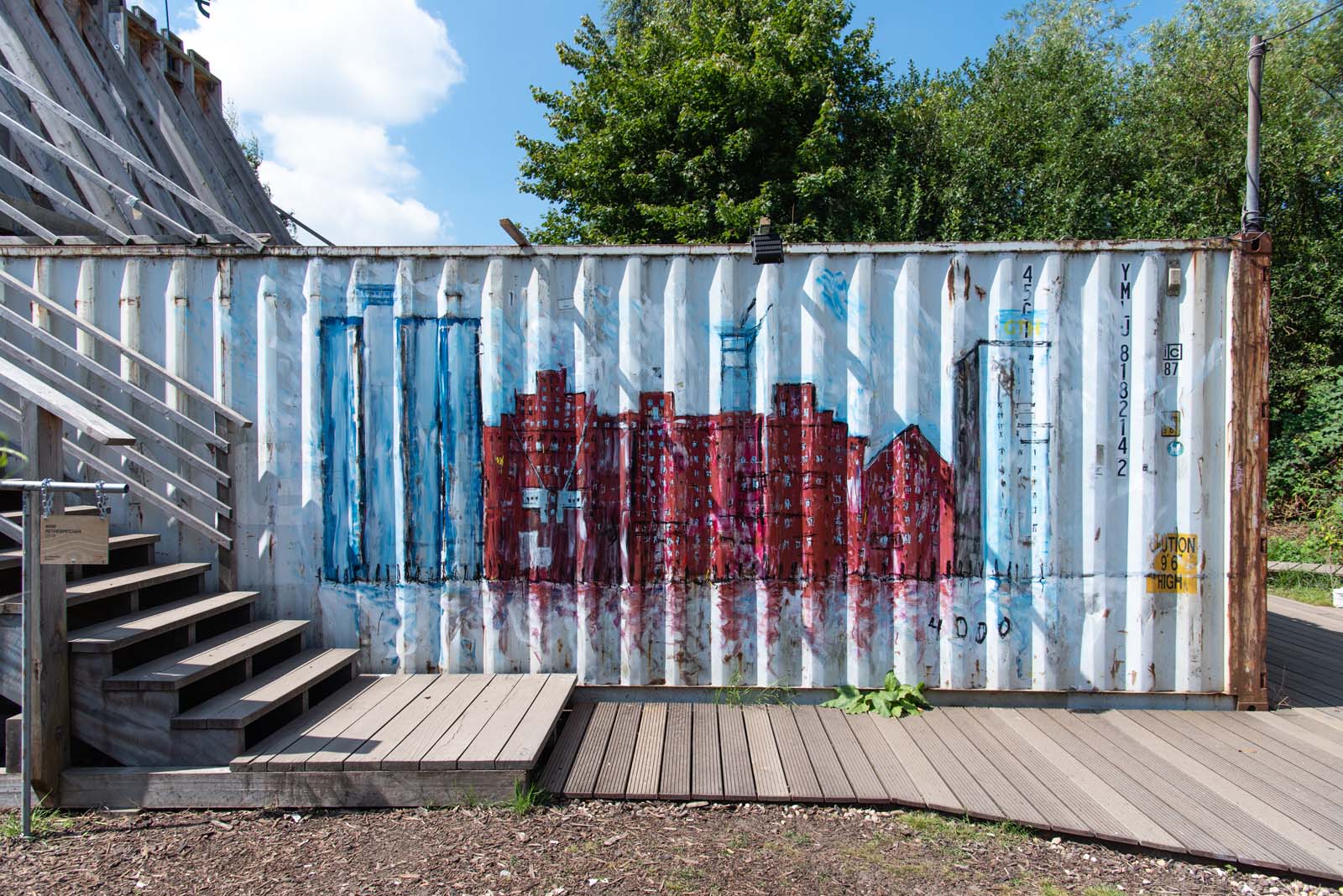 Who imagines the underground as dark, has probably never seen 4000. Not that he would miss the success – he just won’t be impressed by it. Rather, he knows what he owes to himself and art: clever, thought-provoking images that express appreciation instead of added value – as at the MS ARTVILLE, where he (fittingly) transforms the unofficial landmark of the Elbe island into a harbour monument.

Why not just tell the story? This is exactly what 4000 does with his work: he sets a monument to the unofficial landmark of the MS DOCKVILLE, the Rethespeicher enthroned above the site. And thus not only the building, but also the work and industry that were here even before art moved in.